Presented by HONG KONG TOURISM BOARD
Chapter 2
An SCMP original series exploring how cutting-edge infrastructure projects are transforming Hong Kong into a smart, accessible city, and a truly connected global hub for business and leisure travellers to easily reach a host of destinations in China. Join us on a journey into the facts and stories behind these projects.
Chapter 1 Chapter 2 Chapter 3

First envisaged in the 1980s, the Hong Kong-Zhuhai-Macau Bridge (HZMB) has finally come to fruition, vastly improving connectivity between the cities in the Greater Bay Area. Here is everything you need to know about the bridge, which is an engineering achievement and a game-changer when it comes to intercity travel in China.

Part one
CONNECTING THE CITIES OF THE PEARL RIVER DELTA

Two special administrative regions and nine municipalities make up what is considered one of China’s fastest-growing regions: the Guangdong-Hong Kong-Macau Greater Bay Area (the Greater Bay Area). Their vision? Social, economic and political innovation, reform and expansion – and the transformation of the area into a dynamic place to work, live and travel.

Big dreams are one thing; making them a reality is quite another. This particular dream requires significant connectivity between the regions involved.

Physically, that connectivity was hindered by a lack of direct transport routes around the Pearl River Delta – at least until Q4 of this year, when the HZMB, and the High Speed Rail, opened up the region to far greater movement, interaction and opportunity.

The idea for the HZMB dates back to 1983. Gordon Wu, then managing director of Hopewell Holdings, was the first to propose the concept, inspired by the Chesapeake Bay Bridge Tunnel in the US.

Three decades later, Wu’s visions of travelling to Macau in 30 minutes finally came true when the HZMB opened on 24 October, 2018. The bridge is an astounding feat of engineering, consisting of long, undulating bridges over busy shipping lanes, four artificial islands and 6.7km of underwater tunnels.

PART TWO
KEY FACTS: HOW THE BRIDGE MEASURES UP

Stretching from Hong Kong to Macau’s port and beyond to Zhuhai’s port, the HZMB runs for 42km, making it the longest bridge-and-tunnel sea crossing in the world. The Zhuhai Link Road takes the HZMB’s length to a total of 55km. To put that in perspective, it’s 20 times longer than San Francisco’s Golden Gate Bridge.

Move sideways to discover the bridge

On the Hong Kong side, the HZMB connects Lantau Island with Macau and Zhuhai. Four artificial islands, cable stays and a colossal amount of steel provide the bridge with the necessary support to withstand earthquakes of up to 8.0 on the Richter scale and winds of up to 340km/h.

The HZMB ranks 6th in the world, behind four other Chinese bridges and one in Taiwan.

PART Three
HOW MUCH DID THE HZMB COST?

The cost of building the HZMB was spread between the governments of Hong Kong, Macau and Guangdong province, as well as the China’s Central People’s Government.

The bridge is estimated to have cost RMB 51.1 billion (roughly HK$57.5 billion [as of 28 Nov 2018]), which was shared in varying percentages between the four governments, and partially financed by loans from a group of banks led by Bank of China.

PART FOUR
ON THE ROAD

The HZMB is made up of several different sections. This includes the main bridge, Hong Kong Boundary Crossing Facilities, now open as HZMB Hong Kong Port, the Hong Kong Link Road and the Tuen Muen-Chek Lap Kok Link, which is in the works.

Ferries are one way for people to travel from Hong Kong to cities such as Macau, Shenzhen and Zhuhai. These depart regularly from the Hong Kong Macau Ferry Terminal at Shun Tak Centre, the China Ferry Terminal in Kowloon, and the Tuen Mun Ferry Terminal, which reopened in 2017.

Land crossings via train through Shenzhen Bay Port, Lo Wu, Lok Ma Chau and Hung Hom are another way. In 2017 alone, as many as 221 million passenger trips across land-based borders were recorded.

In October 2018, the number of travellers to Hong Kong rose to 5.88 million: an impressive 11.5 per cent increase on October 2017’s visitor numbers. As many as 4.65 million of these visitors came from the Mainland – a surge of 15.4 per cent – and the bulk of them came on day trips via the newly opened HZMB and the High Speed Rail.

All signs point to steady growth in people movement between the cities of southern China. The two new high-speed transport routes are prime examples of how the governments of the Pearl River Delta plan on catering to rising intercity travel.

Until October 2018, there were no direct roads linking Macau and Zhuhai with Hong Kong. The Humen Pearl River Bridge, a suspension bridge completed in 1997, was the only way to travel by car between these cities, making for a 200km journey that takes at least four hours.

An alternative is travelling by ferry to Zhuhai or to Macau. The ferry from Hong Kong to Macau and back takes around one hour – not including time spent getting to and from the ferry terminal and going through immigration.

The newly opened HZMB changes all that: it gives vehicles travelling from Hong Kong a way of reaching Macau in just 30 minutes, and Zhuhai in 45 minutes.

The Journey from Hong Kong to the Mainland 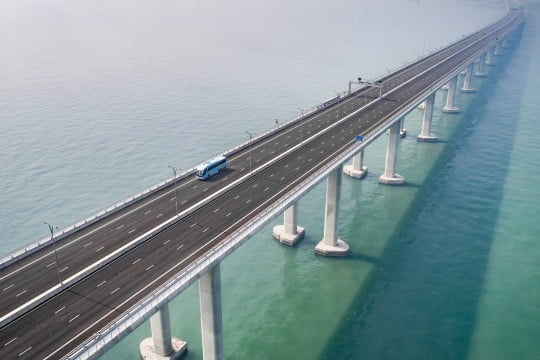 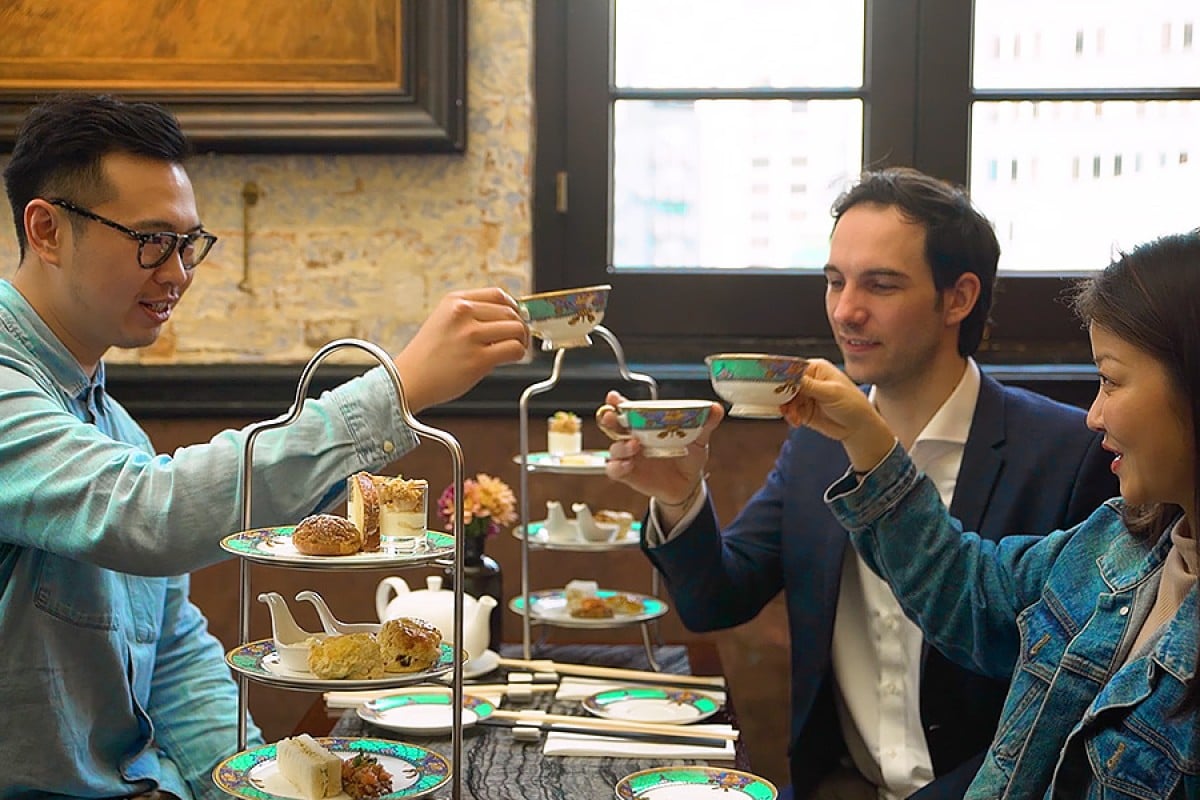 MAR 2019
Raising the bar: a culinary journey to Hong Kong via the high-speed rail

MAR 2019
Raising the bar: a culinary journey to Hong Kong via the high-speed rail